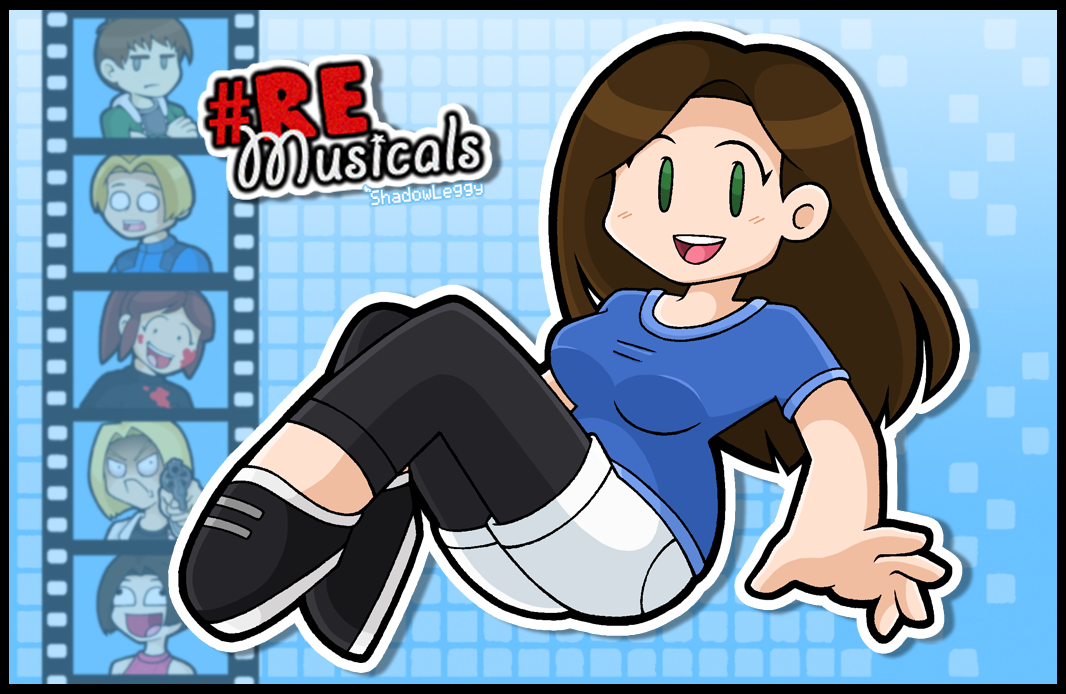 The REMusicals are exactly as they sound:
Animated musical parodies about Resident Evil!

Starting in late 2006, the earliest animations are amateur in appearance. However, many fans agree that the original REMusicals have a simplistic charm that holds up to this day.

From 2006 ~ 2007, the REMusicals were created only with the basic Microsoft XP Paint program, as well as Windows Movie Maker. Photoshop was introduced around 2008.

The REMusicals are now drawn by hand, then finalized with Photoshop & Vegas Pro.

REMusicals™ is intellectual property of ShadowLeggy
Do not repost artwork or animations without proper credits.

Replication and/or profit from any media regarding REMusicals™
or the ShadowLeggy™ caricature is strictly prohibited.